Francisco McKnight just finished his freshman year at Union High School, but he’s already thinking ahead to college. That’s due in large part to the fact that, as a Challenge Scholar, he’s guaranteed up to four years tuition-free at nearly 50 Michigan colleges – if he keeps his grades and attendance up. 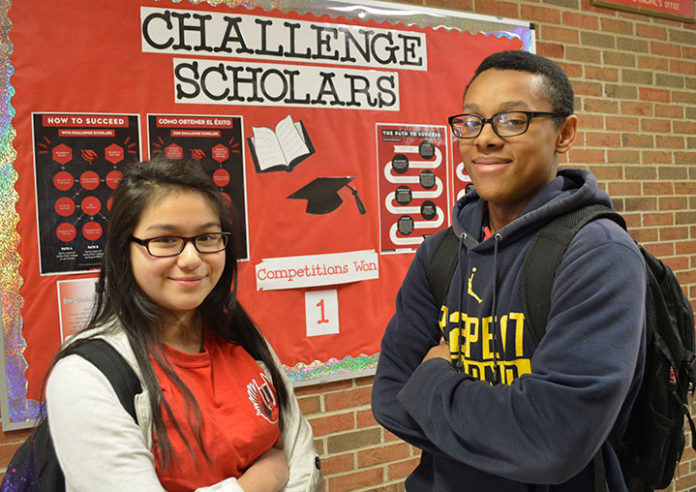 “I just want to get the best education I could possibly have,” said Francisco, a soft-spoken honors student and football player. “It’s very important to me. I know if I can graduate with a degree, I can help my family, help support them and make our lives a lot better.”

He speaks for other Union High freshmen who are working hard to earn full-tuition four-year scholarships after graduating in the year 2020. They’re among the first class covered by the Challenge Scholars Program, an ambitious initiative targeting West Side schools and funded by the Grand Rapids Community Foundation.

Others in Union’s freshman class could qualify for up to two years tuition-free at Grand Rapids Community College under the program, which aims to help students from low-income families go to college. But all students still have three years left to qualify for the four-year award.

With $33.6 million in community funding behind them, Union’s Challenge Scholars are beginning to grasp what that means for their future.

“It just motivates me to do better in school,” said Leslie Torres, who like Francisco was on track this spring for a four-year scholarship. “I want to be the first to be done with high school (and go to college) in my family.”

That motivation is moving the needle of academic achievement at Union, which this year stepped up efforts to inculcate a college-going culture for its freshman class.

The school saw its rate of freshmen passing core academic classes jump from 63 percent in the 2015-16 school year to 85.5 percent the first semester of this year (second-semester rates weren’t yet available). Officials attribute much of that to the Challenge Scholars program, and a host of services and rewards initiated to support its students.

“We’ve changed our culture within the ninth grade,” said Aaron Roussey, an assistant principal who oversees the class. “We just are constantly trying to recognize those doing the right thing.”

Of approximately 270 freshmen, nearly 100 could qualify for four-year scholarships by having enrolled in Challenge Scholars as sixth-graders at Harrison Park or Westwood middle schools. As of mid-school year, about half of them were on track to meet the scholarship requirements of graduating with a minimum 2.0 GPA and 95 percent attendance. Those with a 2.5 GPA could go straight to a four-year college, while those with a 2.0-2.49 would start out at GRCC. 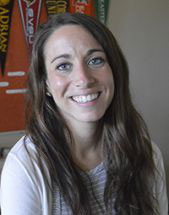 All other freshmen have the opportunity for a two-year scholarship at GRCC if they remain enrolled at Union all four years, graduate with a 2.0 and have no 180-day expulsions. That expansion was added last year to provide opportunities for students who didn’t start out at Harrison or Westwood.

Union High administrators and teachers have teamed with GRCC and the Grand Rapids Community Foundation to help as many as possible get to college by one of those three paths. Doing so will dramatically improve the future prospects of Challenge Scholars and their families, 92 percent of whom are economically disadvantaged, foundation officials say.

“For me it’s a social-justice issue,” said Cris Kutzli, Challenge Scholars co-director for the Grand Rapids Community Foundation. “Education is the great equalizer. If we’re really going to address income inequality, we need to ensure young people in our community are well-educated and have the opportunity to move up the economic ladder.”

Their educational success also will pay dividends for local employers needing to fill a gap for qualified workers, she added: “We’re at a point where we can either import that talent or grow our own. We should grow our own.”

Support + Rewards = Results
Union High staff worked hard this year to grow future college students in its freshman class. Strategies put together by teachers and administrators aim to reward good grades and attendance, and to provide supports to attain them. 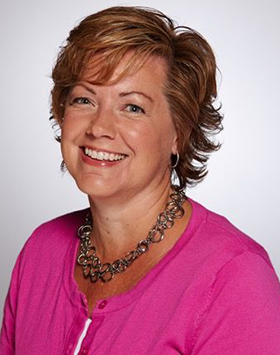 An Academic Strategies class monitors students’ grades, helps them in core classes and to prepare for PSAT exams. Students can also get extra help at the library once a week after school. Two “success coaches” from GRCC work with freshmen to help them prepare for college, and students toured GRCC programs in the fall.

Students are also encouraged to meet with Tracy Benjamin, a college and career coordinator whose position is funded by the Community Foundation. Benjamin works with all Union students but focuses with freshmen on possible careers, what level of education is required and how much that would cost.

“Asking those questions is a process our students aren’t trained to know how to do,” Benjamin said. “The goal is to find the best fit for students where they will be successful,” whether that’s a college degree or a trade certificate. 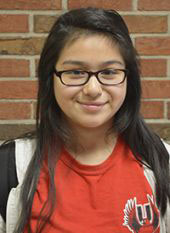 Alongside such supports, Union has set up incentives and rewards. Freshmen are divided into red and black teams -- each with its own cadre of teachers -- that compete for best grades and attendance. Students reap medals and team trophies, and are recognized at mock graduation ceremonies and parent nights, said Roussey, the assistant principal.

It’s a fundamental shift in focus for the school, to put more emphasis on recognizing students who are “constantly meeting the expectations,” he said.

“For our students to understand that the expense of college, as long as they meet the requirements, will no longer be there, changes the landscape for them.” 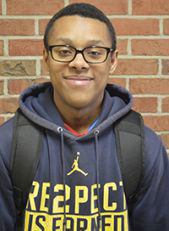 Francisco and Leslie can attest to that. Carrying the knowledge in their back pockets that they could get a free college education spurs them in honors English, history and other classes. As one of the first three classes of Challenge Scholars, their scholarships could also cover room and board.

“To know I can get a scholarship like this, it makes me want to keep my grades higher,” said Francisco, whose parents attended college but don’t have degrees.

He is grateful to Challenge Scholars for providing the opportunity to pursue college and a business career, and for the fact that “there are people out there that would like to see other people succeed, and do what they can to help them succeed, better themselves and get to a better place in life.”

Leslie said her parents could not afford on their own to send her to college, where she hopes to pursue a degree in the medical field. She too appreciates Challenge Scholars’ help in making that an attainable goal.

“It’s good to know that someone wants to support you and help you out,” she said, “not even knowing who you are and they’re still helping you out.”

An Enticing Challenge
The Challenge Scholars program offers full-tuition college scholarships to graduates of Union High School beginning with the 2020 graduating class. This year's freshman class is the first group eligible for the scholarships, which cover all tuition and fees after Pell grants. Students may earn scholarships by one of three paths:

Path A: For students who enrolled as sixth-graders at Harrison Park or Westwood middle schools, and graduate from Union with at least a 2.5 grade-point average and 95 percent attendance. Provides up to four years tuition-free at all Michigan public colleges and universities.*

Path B: For students who meet the above requirements but have a GPA of 2.0-2.49. Also provides up to four years tuition-free but starting at Grand Rapids Community College.* As of March, nearly 550 students in four future graduating classes were enrolled as Challenge Scholars and potentially eligible for Path A or B.

Path C: For students who came to Union High from another GRPS middle school or a school outside the district. Students who graduate after four years at Union with at least a 2.0 GPA and no 180-day expulsions qualify for two years tuition-free at Grand Rapids Community College.